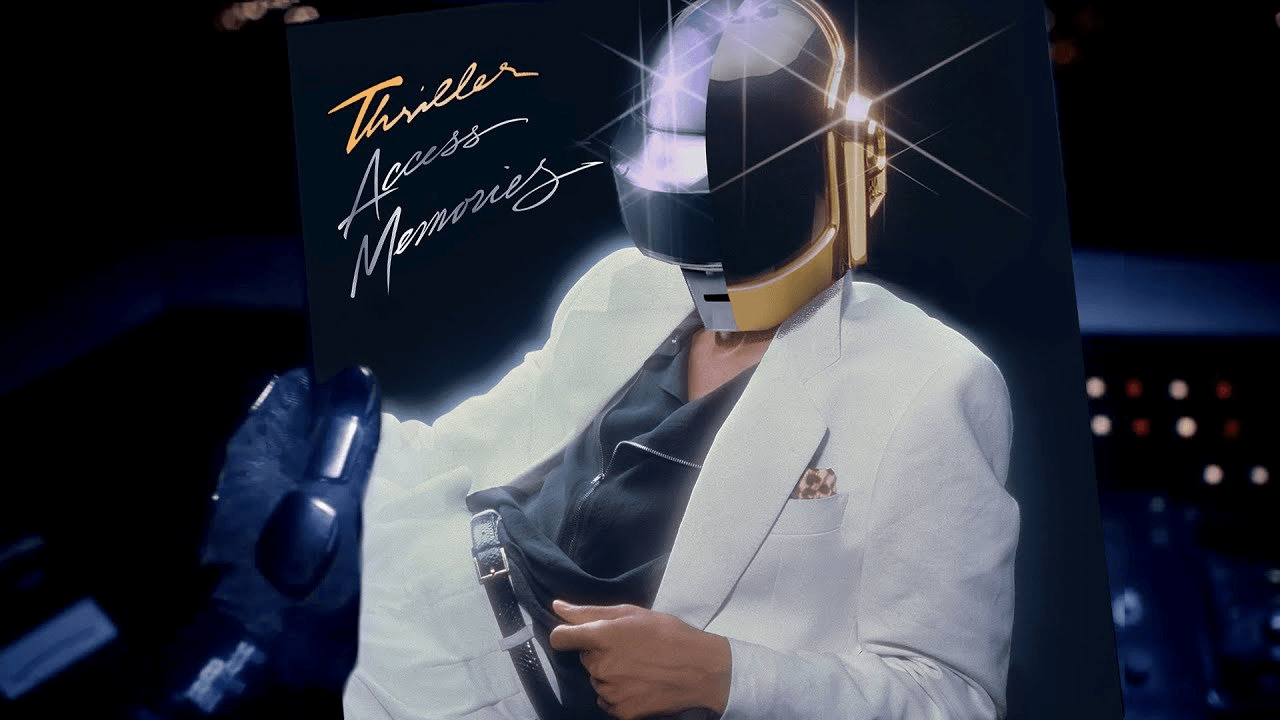 It's somewhat of a golden rule to not mess with a good thing. But what about two?

When it comes to music, mashup maestro Calb is a pro at rearranging cult-classic albums into interdisciplinary works of art. His latest project, Thriller Access Memories, is an electrifying synthesis Daft Punk's Random Access Memories and Michael Jackson's Thriller.

Out August 3rd, Thriller Access Memories weaves together the dazzling instrumentals of RAM with Jackson's vocals. Its resulting tracks, with names like "Instant Billie Jean" and "Fragments of Beat It," are scintillating blends of disco and pop, built from beats and lyrics you probably already know by heart. The bright and dreamy closer, "I Feel Human Nature," is particularly successful, as is "The Lady of Love."

Thriller Access Memories comes paired with its own 33 minute-long visualizer, which matches music video and performance footage from Daft Punk and Jackson to each of their songs. Its opening scene places two robotic lookalikes inside a retro spaceship—outfitted with a record player, no less.

"After announcing their retirement, Daft Punk retreat to their interdimensional ship to travel through space, time, and reality," Calb described in the video's caption. "In an alternate universe they find a version of their last record that appears to have been made with Michael Jackson. Here is that album, presented to the public for the first time."


Our Take - It's refreshing to see something 'new'. For those who love Daft Punk, and ofc - MJ - Give this a go. Let me know what you think!