New Book: ‘The King of Pop and I’ by Aileen Medalla (1 Viewer) 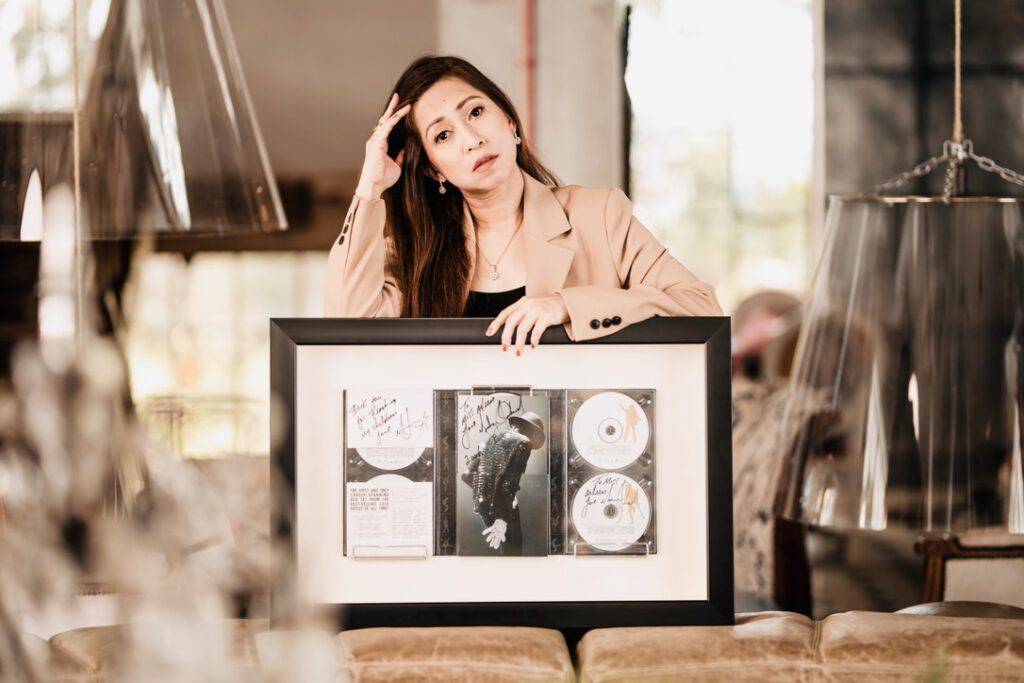 For 15 years, Aileen Medalla has lived a quiet life as a mother and entrepreneur in Cebu, Philippines. Her name may be unfamiliar to many, but 15 years ago Aileen Medalla has had an extraordinary experience with the privilege of working for the most recognized name in all of music history: Michael Jackson.

In her new and upcoming book ‘The King of Pop and I’, Aileen Medalla finally shares her story after 15 long years. Her humbling story started as a Filipino OFW in Bahrain, the Middle East. After months of failed interviews and job rejections, she had thoughts of giving up and returning to the Philippines–until she received a mysterious phone call that eventually led her to work for Michael Jackson.

The King of Pop and I by Aileen Medalla provides a glimpse of the private world of the King of Pop as she travels around the world with Mr. Michael Jackson, Prince, Paris, and Bigi Jackson, as they traversed across continents and visited the USA, UK, France, Japan, and more. Although not a celebrity herself, she has also experienced meeting VIPs, being harassed by paparazzi, and hounded by journalists in the jet-setting VIP lifestyle she acquired by working with the Jacksons.

Eleven years since Mr. Jackson’s death, Aileen Medalla has finally decided to come out of reclusion and speak out in public after seeing the false accusations and documentaries (such as Leaving Neverland) that surfaced in media in the last few years. She believed that it’s now her time to tell the world who the real Michael Jackson is, the way she knew him.

Towards MJ’s final years, Michael Jackson has become more reclusive and selective with his social circle, trusting only very few people. Aileen was one of the very few people who had unrestricted access to the King of Pop himself. In her years of working with the Jacksons, she has gained the trust of her boss and developed a close friendship and fondness for the children. Aileen has befriended many of Jackson’s most trusted staff, the security personnel, household staff, most especially Grace Rwaramba, who became her advisor and confidant.

The book is available now on Amazon and on the official Website.