Learning to Love Myself Through Music - Paris J (1 Viewer) 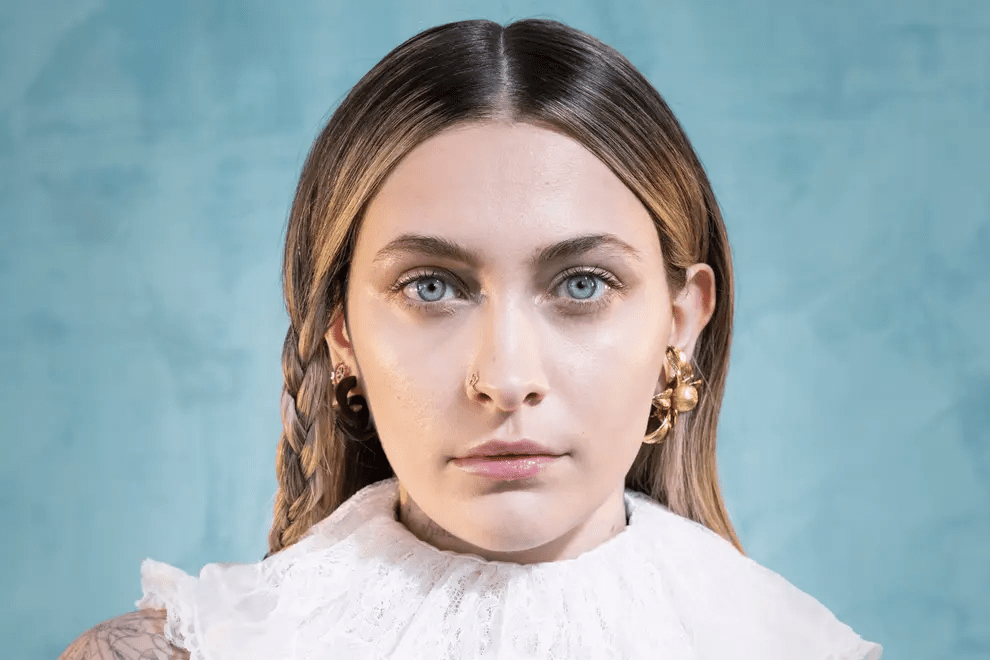 Paris Jackson is tired of being told how normal she is.

Now aged 22, Jackson is taking her chance to show the world her true self — musically, at least. Her debut album, Wilted, is a collection of melancholy indie-folk inspired by the likes of Radiohead’s Thom Yorke and Californian band Grandaddy. While that may sound like a far cry from her father’s remarkable pop oeuvre, she counts his work among her influences, too. ‘I think he’ll always influence everything I do in some way, whether it’s subconscious or intentional,’ she reasons. ‘I was around that creativity all the time, so I’m sure I learnt a lot of what I have from that.’ 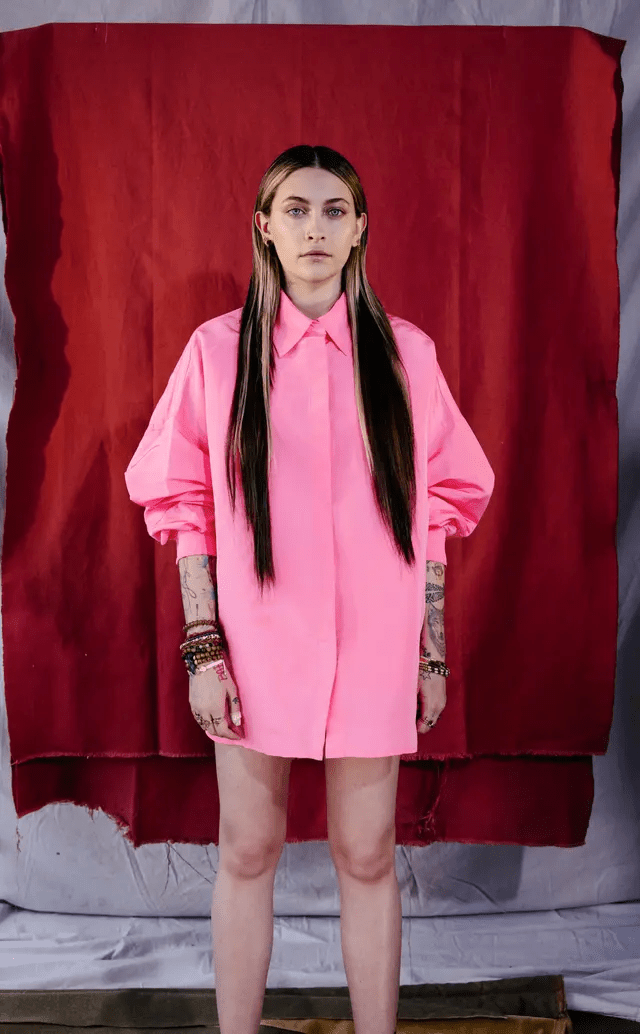 Jackson is speaking over Zoom from her publicist’s house in LA, looking every inch the young bohemian. She wears a nose ring and a silk scarf loose around her neck, and from her left ear dangles a single earring in the shape of a guitar pick. Plumes of nag champa incense waft in front of her face as she reminisces about the rich musical education her father gave her. ‘I grew up listening to everything,’ she says, reeling off a list that runs the gamut from Tchaikovsky to Motown via the film scores of Danny Elfman and Hans Zimmer. ‘We listened to Kanye West around the house as well,’ she recalls. ‘I was always singing growing up. It was cool seeing the look on my dad’s face when he realised I could match pitch and harmonise.’

Despite being offered this eclectic musical smorgasbord, Jackson and her brothers, Prince, now 24, and Blanket, now 19, didn’t have a hard time picking their favourites. ‘The Beatles and my dad,’ she says, without having to think. ‘My brothers and I have always been massive fans of his music, obviously, but he was always very modest about it. He was very humble.’

"We were very privileged growing up, but when it came to things like getting toys and going on the rides, we had to earn that."

Their family home, of course, was anything but. Jackson — whose mother is Debbie Rowe, a nurse and Michael’s second wife — spent the first seven years of her life on Neverland Ranch, her father’s sprawling 2,700-acre estate in California that included its own amusement park, cinema and zoo. Despite being surrounded by the trappings of extraordinary wealth and success, Jackson says her father was careful not to spoil her and her siblings.

‘We were very privileged growing up, but when it came to things like getting toys and going on the rides, we had to earn that,’ she explains. ‘We were lucky enough to be raised with solid morals. He would be like: “Oh, you want to go to Toys ‘R’ Us and get five toys? Great. You need to read five books — and I will test you on those books.” It was very clear to us that those rides and the zoo were for underprivileged children — children who were sick and couldn’t go to Disneyland. If we were good, and we did our homework and we worked hard throughout the week, maybe we could go at the weekends, but we had to earn it.’ 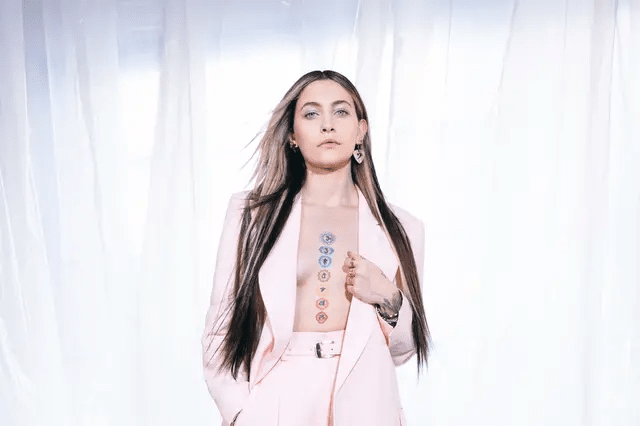 In 2009, when Jackson was 11, her father was preparing for an ambitious 50-show residency at the O2 Arena in London when he suddenly and unexpectedly died. Just weeks later, Jackson stood sobbing onstage at LA’s Staples Center for his memorial service. ‘Ever since I was born, Daddy has been the best father you could ever imagine,’ she said. ‘And I just want to say I love him so much.’

After her father’s death, Jackson’s life changed beyond all recognition. Until then she had been home-schooled but in 2010 she was enrolled at The Buckley School, an exclusive private school in the San Fernando Valley. She started trying to write songs at 13, using YouTube videos to teach herself guitar. Her musical taste was changing, too, tending towards the heavier sounds of Mötley Crüe, Van Halen, Alice Cooper and Ozzy Osbourne. She fondly recalls her first time in a mosh pit: watching Brazilian heavy metallers Sepultura open for Metallica. ‘I remember getting an elbow in the mouth,’ she says, happily. ‘There’s just something about that music that touches people’s hearts when they’re going through that “No one understands me” teenage thing.’ 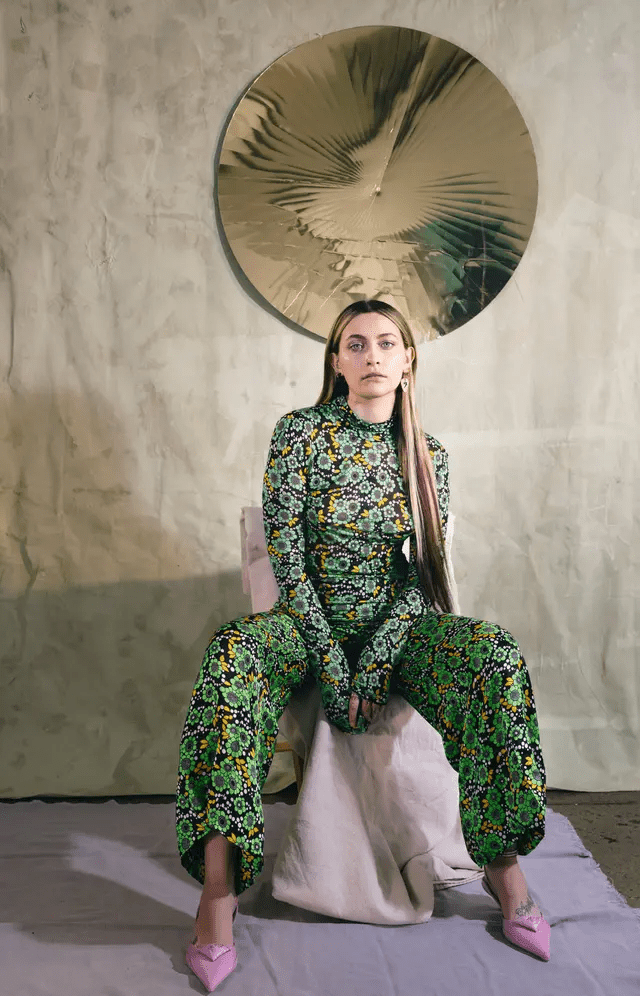 Jackson’s teenage years were particularly difficult. In 2013, aged 15, a debilitating combination of grief, depression and intravenous drug addiction eventually led her to try to kill herself. In the wake of the suicide attempt she was sent to a reform school much like the one where her friend Paris Hilton has alleged she suffered ongoing abuse. When Hilton went public with her allegations last year, Jackson posted her support on Instagram and said she had been through something similar, writing: ‘As a girl who also went to a behaviour modification “boarding school” for almost two years as a teenager, and has since been diagnosed with PTSD because of it and continue to have nightmares and trust issues, I stand with @ParisHilton and the other survivors.’

Today, she stops short of saying these kinds of institutions should be banned outright. ‘I think it depends on every situation,’ she says, taking a drag from her pink-hued nicotine vape. ‘I will say that I understand the necessity of the idea of it. You just have to go about it a certain way, and this was not the way to go about it. The idea is to rehabilitate, not to cause more harm.’ 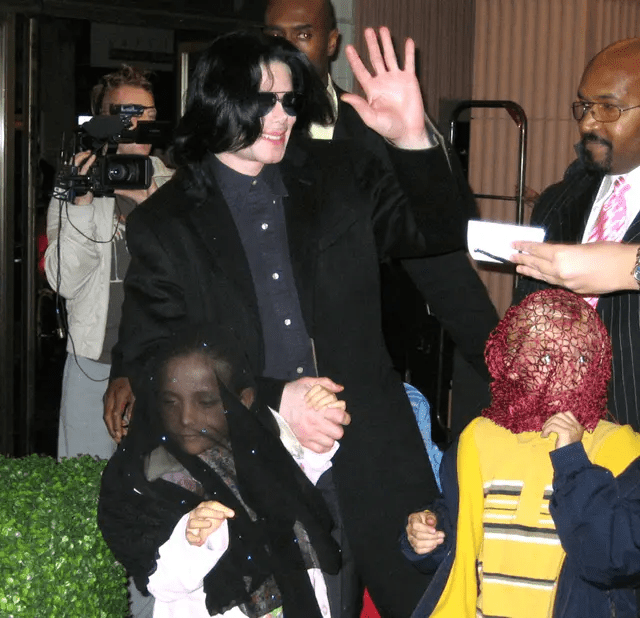 Jackson has worked hard to put her struggles with addiction behind her, and on Wilted she explores her grief for friends who weren’t so fortunate. On ‘Undone’, one of the album’s stand-out tracks, she sings: ‘I know you’re fallin’ to pieces / ’Cause you wear your heart on your sleeve / But if you could just put down the needle / Mend yourself and make believe.’

‘That song was written about a couple friends of mine that are no longer with us, who I miss dearly,’ she explains. ‘It’s kind of what I would tell them if they were here. I think about them all the time and I still feel their love with me. I really took down all my walls and completely exposed my heart when I wrote these songs.’

She says she wanted Wilted to tell a story, specifically ‘the story of love, betrayal and heartbreak, and my experience with that’. Despite mining her past relationships for material, she seems bemused by the suggestion that the record’s release might have led to any awkward conversations with her exes. ‘I’m friends with most of my exes and I’m on good terms with all of them, I believe,’ she says. ‘I don’t think there’s really anything awkward about it. All of the people in my life, including my exes, are just very supportive of each other.’ 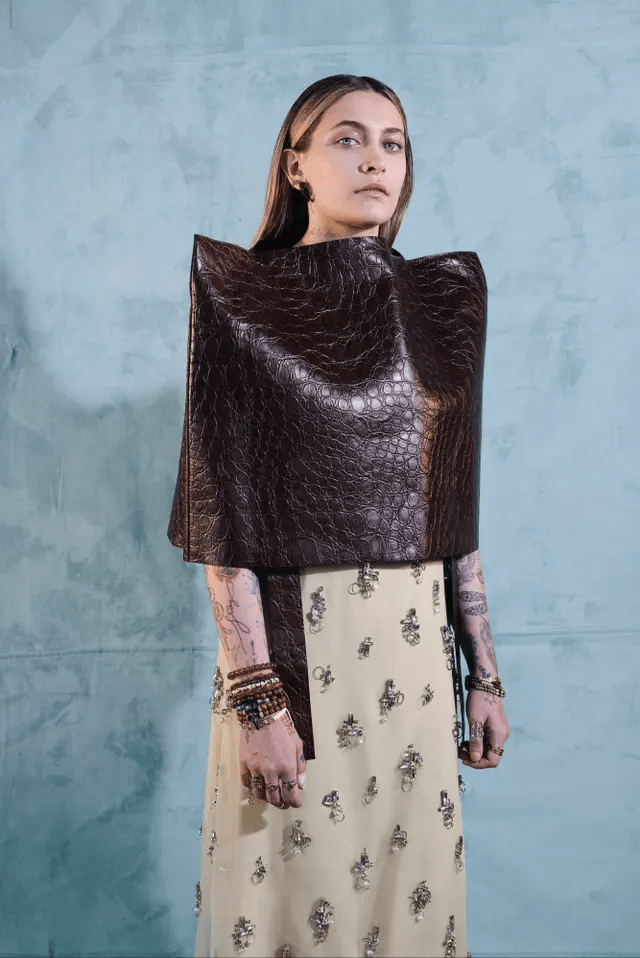 Among those encouraging her musical endeavours is her godfather, Macaulay Culkin. ‘His music taste is really cool,’ she says. ‘He listens to stuff like Devendra Banhart and The Orwells, so when I do stuff closer to that kind of stuff I send it to him. He’s been really, really supportive.’

Alongside her music career, Jackson is also a model and actor. She appeared in the 2018 crime caper, Gringo, and in 2019 guest-starred in an episode of slasher series Scream. ‘I love acting,’ she says. ‘I definitely would love to keep doing that, and the modelling thing. The older I get and the more I do it, the more I start to actually understand fashion and the art behind it.’

She has come to terms with the incredible fame that was her inheritance, in part by using it to draw attention to causes she believes in. She credits her faith in the power of activism in part to her godmother, Elizabeth Taylor (she is an ambassador for Taylor’s Aids Foundation), but mostly to her father for bringing her up to be anything but a spoiled brat.

‘I think a huge part of it was from my dad, from his work and his humanitarianism,’ she says. ‘Going back to the morals we were raised with, he instilled in us: “Do what you can to leave this place better than how you found it.” That’s in terms of the bigger stuff, the importance of the environment, human rights and animal rights, but also just things like if you go over to a friend’s house and they cook you dinner, leave it better than you found it. Help them clean up!’

Jackson is happier now, she says, than she has ever been. ‘I’m at a point in my life where it’s the first time I’ve ever truly experienced self-love,’ she smiles. She credits her change in outlook to prayer, meditation — and perhaps most importantly to the fulfilment of finding her own voice as a singer and songwriter. ‘A big part of it is definitely the self expression,’ she says. ‘I’m accepting that this music thing, being a musician, is what I was born to do.’

‘Wilted’ is out now!