Delving Into The Creation Of "Don't Stop 'Til You Get Enough" 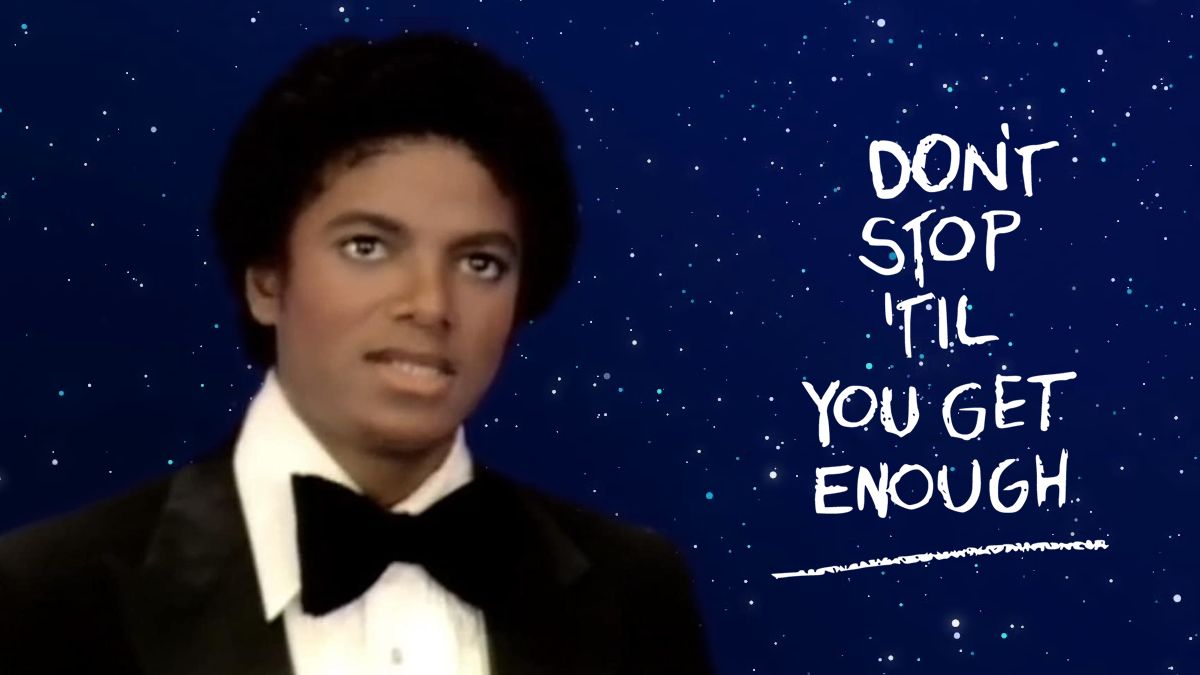 "Don't Stop 'Til You Get Enough" is the first solo song written by Michael Jackson, although "Blues Away" had been released in 1976.

Musically, it is credited as a disco-funk song. The song's full length on Off The Wall is just over six minutes. The song introduced Jackson's falsetto voice and vocal hiccups, which would become one of Jackson's signature techniques. Along with Jackson's vocal hiccups, Jackson's voice in the song was described as having vocal tics—from the hiccups, a "grunt", and "the 'oho!'". "Don't Stop 'Til You Get Enough" is played in the key of B Mixolydian and in common time signature and Jackson's voice range is from G♯3 to B5. Instruments used are a six-piece horn section (two trumpets, alto sax, tenor sax, trombone, and baritone sax), string section (arranged by Ben Wright), and two guitars, keyboards, bass, drums and percussion. The song's tempo is upbeat at 120 beats per minute. The song begins with a spoken word section by Jackson before he bursts into singing

Recently, I have come across a YouTube channel of an audio engineer that often uploads videos of himself dissecting and delving into tracks along with other Home Studio related videos. The channel originally piqued my interest when I came across MJ related videos. In Roberts latest published video - He walks viewers (and listeners) through 'Don't Stop 'Til You Get Enough'. It's really great to see the process and marvel at the true artistry of MJ and his involved personnel at the time.

It's quite a watch, but every second is a pleasure. Thank you Robert!

Check out Roberts channel for other Home Studio related videos. He has also done various other MJ 'deep dives' - Click here to see the rest.
Click to read more...

This is great! Don't forget guys, you can view various other multitracks (and download them) here

Another great video from the same channel - Smooth Criminal