When The Sheikh Met The King (1 Viewer)

A new book coming for 2022 delves into the history of Michael when he flew to Bahrain and stayed there for a number of months. In 2005, a Bahraini prince welcomed the deposed king of pop and wrote a Hurricane Katrina charity single with him. 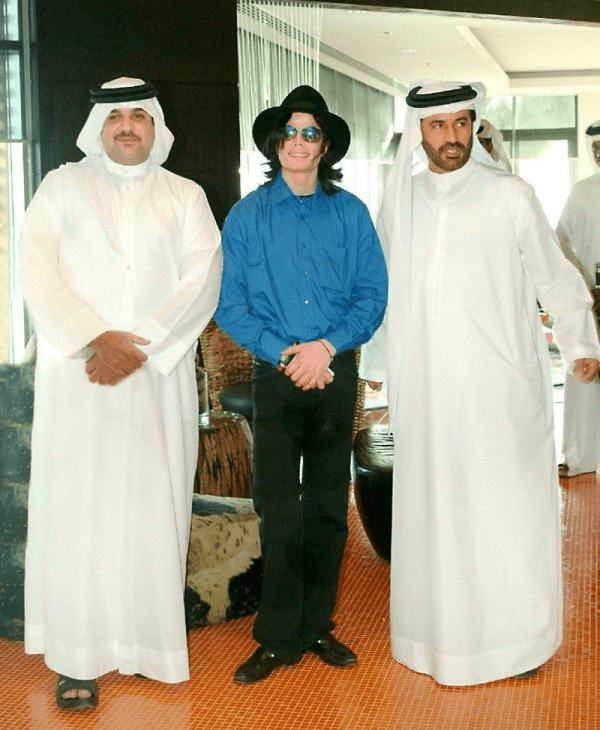 Omar Shaheen remembers the moment well. In early 2005, the young Bahraini was driving when he received a surreal job offer: the chance to work with Michael Jackson. “It was totally out of left field,” he recalls. “It is a pinch-yourself kind of moment when you get a call to say you’re going to be working with someone who you idolise and is the biggest superstar of all time.”

The request came from Sheikh Abdulla bin Hamad al-Khalifa, the second son of the king of Bahrain, who asked Shaheen to set up a state-of-the-art recording studio on his grounds in anticipation of the star’s arrival. “There are so many adjectives to use,” Shaheen says of what was to unfold. “It was bizarre. It was crazy.”

Both are accurate words to describe the time when the former most celebrated entertainer in the world resided in an archipelago off the Saudi Arabian coast. For nearly a year Jackson lived in Bahrain, struggling with his mental health and staving off bankruptcy while making plans for a comeback album and indeed recording some of it, though the demos – some of the most sought-after Jackson rarities – have yet to see the light of day.

Abdulla, a big fan of Jackson’s who dabbled in songwriting, had recently been introduced by phone to the star through Jackson’s brother Jermaine, who was a regular in Bahrain since converting to Islam in 1989. “I wanted [Michael] to be free of debt’s burden,” Jermaine wrote in his memoir You Are Not Alone. “I put Michael on the phone to Prince Abdulla one morning on the ride to court. They spoke excitedly about plans for the future, exchanged numbers and, from then on, remained in regular contact.”

Michael and Jermaine in 2005

The prince wanted to help Michael recover, says Ahmed al-Khan, a financial adviser hired by the sheikh to work with the singer. “But of course, in order to get Michael, there was also baggage that came with him.” (Numerous attempts to reach Abdulla to comment for this article via his record label, former legal team and London’s Bahraini embassy were unsuccessful.)

Abdulla spoke to Jackson several times during the trial, floating the idea of him living in Bahrain and making music there once he was free to travel, and on 29 June 2005, just two weeks after his acquittal on all charges, a weary Jackson touched down at Bahrain International airport. According to news reports, he had flown in from Europe with Abdulla, who would celebrate his 30th birthday the following day.

In the ensuing 11 months, Jackson called Bahrain home, gradually emerging from his reclusive shell to mix with locals and shop in malls, badly disguised in a woman’s abaya. With a view to securing his finances, he also signed a contract that involved a collaborative album with the sheikh. But Jackson’s friendship with Abdulla would end the same way as so many of his personal relationships: with a lawsuit.

Had Jackson not reneged on his album deal with the sheikh, tragedy could have been averted, according to Guy Holmes, the English record executive who managed Jackson that year. “The plan that Abdulla put together with Michael and myself was a really healthy, long-term, good thing,” he says. “And I truly believe that he would be alive today if he had stuck with his word.”

Photos of Michaels time in Bahrain 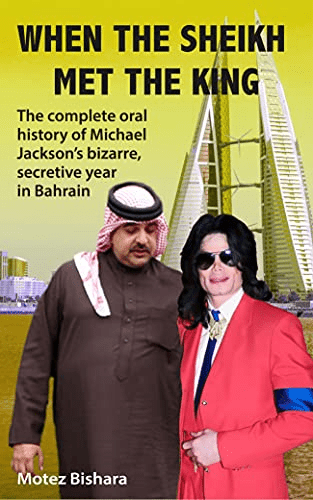 When the Sheikh met the King: The complete oral history of Michael Jackson’s bizarre, secretive year in Bahrain

This oral history recounts the legend’s secretive stay in the kingdom through the voices of key insiders who worked closely with him that year. They make a strong case that Jackson would still be alive today had he remained in seclusion on the island rather than return to the United States, where pressure mounted on him to perform again.

Jackson’s time in the Gulf is the one period of his life that has remained a mystery – until now. The remarkable events that took place that year – marked by first-hand experiences recounted with the King of Pop – are preserved on these pages and shared for the first time.

Well this is an interesting one. I love the mystery and freedom surrounding Michael during this era of his life. It's a shame he must have later felt pressured to commit and work. In a lot of the photos though, he does look very happy. 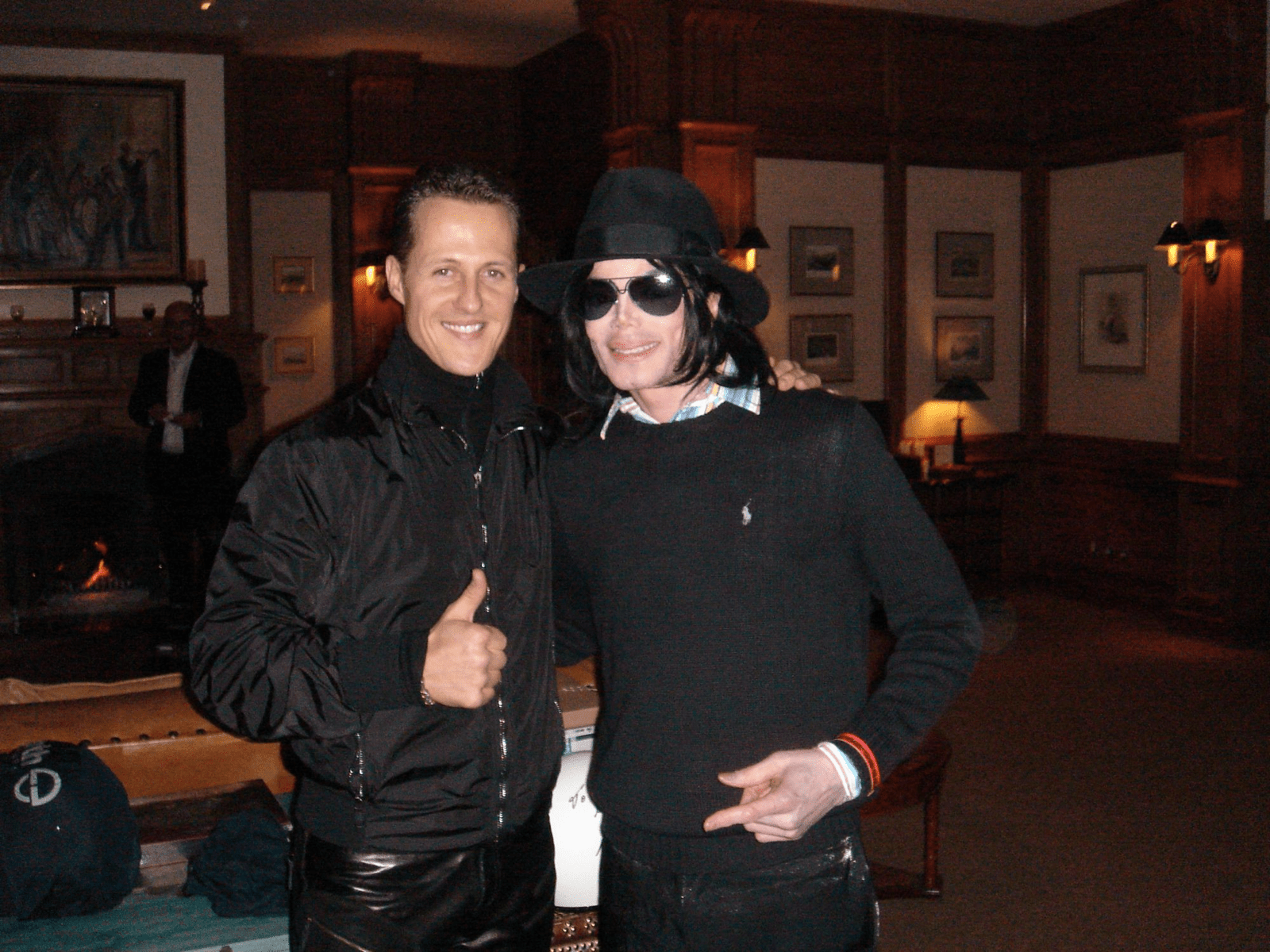 Amazon - When the Sheikh met the King
The Guardian
Last edited: Oct 5, 2021
Click to expand...