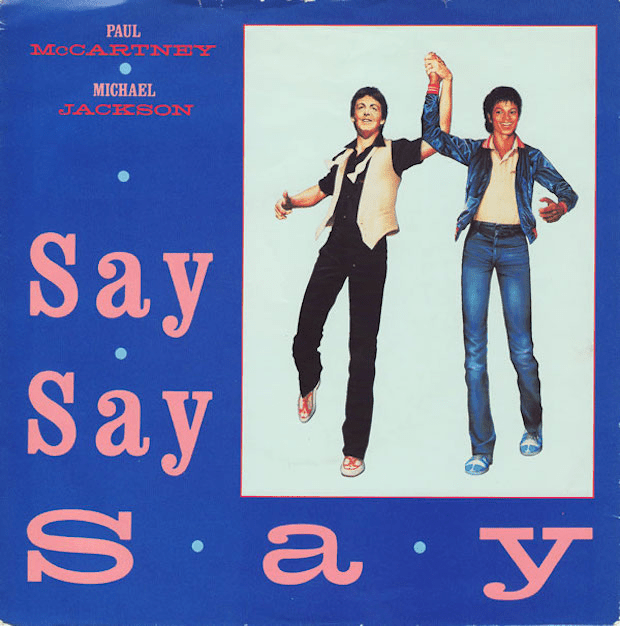 In The Number Ones, I’m reviewing every single #1 single in the history of the Billboard Hot 100, starting with the chart’s beginning, in 1958, and working my way up into the present.

In the video for their duet “Say Say Say,” Paul McCartney and Michael Jackson, arguably the two most successful pop musicians of all time, play literal vaudeville clowns and snake-oil salesmen. In some depression-era dustbowl, McCartney and Jackson blow into town, putting on a show for the yokels, taking their money, and then escaping. The symbolism practically hammers you over the head: Two grinning masters of the form, sidling right up to you and showing you exactly how they’re taking advantage of your affection. Can’t knock the hustle.

McCartney and Jackson aren’t the villains of the “Say Say Say” video. Instead, director Bob Giraldi, previously responsible for Jackson’s classic “Beat It” video, shows them as a happy, idealized ersatz-family unit. McCartney’s wife Linda comes along with them, yelling “fire” in a crowded theater to help them escape the cops. Jackson flirts with his sister LaToya, which is even weirder than the blackface moment that’s in there for some reason. (LaToya’s highest-charting single, 1984’s “Heart Don’t Lie,” peaked at #56.) We’re invited to admire these two charming-rogue conmen, who keep people happy in desperate circumstances even as they’re taking their money. Maybe that’s how we see our pop stars in real life, too.


There’s something cosmically appropriate about McCartney and Jackson aligning when they did. McCartney showed up to make American teenagers scream a few months after one American president was shot dead, while Jackson hit his vertiginous career peak a couple of years after another American president survived a gunshot. Right around the time the Beatles were breaking up, Jackson and his brothers emerged as a dominant chart force. And 1983, the year that Jackson truly took over, was bookended by two McCartney collaborations.

On the first day of 1983, the #3 single in America was the Jackson-written “The Girl Is Mine,” the first single from the just-released album Thriller. “The Girl Is Mine” is a soft, breezy quasi-soul track. Jackson and McCartney get into a good-natured argument over some girl, never quite selling the idea that they could ever be plausible romantic rivals. To this day, it’s the one song that I skip when I’m listening to Thriller. (“The Girl Is Mine” ultimately peaked at #2. It’s a 3.)


Even if “The Girl Is Mine” is a relatively weak first single, it makes sense in terms of how Jackson was presenting himself to the world. With Thriller, Jackson had intentionally set out to make himself the world’s biggest pop star. With “The Girl Is Mine,” he got an implicit blessing from one of the previous generation’s heroes. (Jackson did something similar in 1984, when he teamed up with McCartney’s old rival Mick Jagger on the Jacksons’ single “State Of Shock.” “State Of Shock” peaked at #3. It’s a 7.) McCartney, meanwhile, got the credibility of working with a younger Black star, a strategy that had worked out well for him when he’d gotten together with Stevie Wonder on “Ebony And Ivory” in 1982.

But “The Girl Is Mine” wasn’t McCartney and Jackson’s first collaboration. More than a year before they made that song, Jackson had called McCartney about the possibility of working together. McCartney was down, so Jackson flew out to London and stayed in Paul and Linda McCartney’s home for a few days. “Say Say Say” is a true collaboration, with Jackson and McCartney sharing songwriting credits, finding each other’s groove. They also worked together on “The Man,” a lesser track that also ended up on McCartney’s so-so 1983 album Pipes Of Peace.

Jackson and McCartney recorded “Say Say Say” together at London’s AIR Studios, with McCartney’s old Beatles collaborator George Martin producing. At the time, McCartney was playing around with icy synth-funk sounds, so Jackson’s lithe dance-pop wasn’t as huge a leap as it might’ve seemed. “Say Say Say” stands out on Pipes Of Peace, but it doesn’t sound like it was airdropped in. Jackson and McCartney’s vocals dance around and highlight each other; I’ve always liked how McCartney’s ad-libs echo Jackson’s falsettos. There’s chemistry there. The two of them make sense together.

McCartney played guitar, keyboard, and percussion on “Say Say Say,” but the sound is closer to Jackson than McCartney. Really, it’s closer to what Jackson had been doing on Off The Wall than what he ended up doing on Thriller — which scans, since McCartney and Jackson recorded the song right between those two albums. It’s a thick mix, full of funky bass/guitar interplay, bright horn blats, and cinematic synth-effects. The drum sound is huge. Some extremely cool vocoder-murmurs pop up here and there. All of that marks the song as being within Jackson’s wheelhouse.

And yet Paul McCartney never sounds uncomfortable on “Say Say Say.” He’s in his element, even when he and Jackson harmonize and he adapts a bit of Jackson’s hard, percussive phrasing. McCartney doesn’t play the harmonica that tootles all through the songs, but its inclusion seems like a very McCartney decision. And McCartney can hit all the same high notes that Jackson can.

“Say Say Say” is a slight song. Its lyrics are about some unrequited crush, and none of them stick with you. It doesn’t have the same urgency as the best Jackson songs from the era, and it doesn’t have the same kind of bulletproof hook, either. But it’s a strong piece of breezy post-disco synth-funk, a worthy artifact of Jackson’s peak moment. It would’ve honestly fit on Thriller a lot more seamlessly than “The Girl Is Mine” does.

Shortly afterward, Jackson got into buying publishing rights himself. He bought the rights to songs by Sly Stone and Dion, and he told McCartney that one day he’d buy the rights to the Beatles’ songs, as well. McCartney assumed Jackson was joking. He wasn’t. A company called ATV Music Publishing had owned most of the Lennon/McCartney catalog since 1969. McCartney had tried to buy those rights back at the time, but he hadn’t been successful. In 1984, Jackson learned that the ATV catalog was up for sale, and he bid $46 million for the catalog. In 1985, the deal was finalized. Michael Jackson owned the vast majority of the Lennon/McCartney catalog.

McCartney was pissed. He hadn’t attempted to bid on the catalog himself, but he still thought it was “dodgy” for Jackson to buy the whole thing up, especially once he started licensing Beatles songs for commercials. Jackson got to decide how those Beatles songs would be used, and McCartney had to negotiate his royalty rate with his younger collaborator. After that, McCartney and Jackson never worked together again.

As of this moment, “Say Say Say” is McCartney’s last #1 hit. McCartney had a couple more hits in the next few years. In 1984, McCartney wrote and starred as himself in the movie Give My Regards To Broad Street. The film was a notorious flop, but “No More Lonely Nights,” a McCartney song from its soundtrack, peaked at #6. (It’s a 5.) A year later, McCartney got to #7 with “Spies Like Us,” a synthy big-beat song he wrote for the pretty-bad Chevy Chase/Dan Aykroyd movie of the same name. (That one is a 6.)

As time went on, McCartney mostly seemed to lose interest in the pop charts. He took a series of fun, weird musical detours, working with people like Elvis Costello and Super Furry Animals and playing around with electronic and experimental music. As a performer, though, McCartney became the king of all heritage artists, a guy who can sell out a stadium anytime he feels like it. The arena-showman persona fits McCartney beautifully. He’s the ultimate safe bet — the conservative choice to play the Super Bowl Halftime Show, for instance, the year after Justin Timberlake ripped off half of Michael Jackson’s sister Janet’s bra, showing her nipple piercing to the world. (Timberlake and Janet Jackson will both appear in this column eventually.)

Ordinarily, this would be the part where I’d write that we won’t see Paul McCartney in this column again. But I can’t really count McCartney out with any confidence. McCartney is now 78 years old, and he’s still making music. He still has pop instincts, and he still sometimes indulges a desire to make hits. In 2015, for example, McCartney teamed up with Rihanna and Kanye West for “FourFiveSeconds,” a song that made it as high as #4. (It’s an 8.) When McCartney hit #1 with “Say Say Say,” Rihanna was still more than four years away from being born. For that matter, when the Beatles hit #1 with “I Want To Hold Your Hand,” Rihanna’s mother was still five years away from being born. McCartney and Rihanna still made a hit together. I don’t think Paul McCartney will make another #1 hit, but I can’t rule it out.

I can, however, say with great certainty that we will see Michael Jackson in this column again.

To me it was never weird black face, I always thought it was Pierrot Clowns, which would be historically correct for travelling fairs from the 1800's. They have their origins in European travelling fairs and were brought to America by the immigrants.This fits the visual story line of the Say Say Say video. 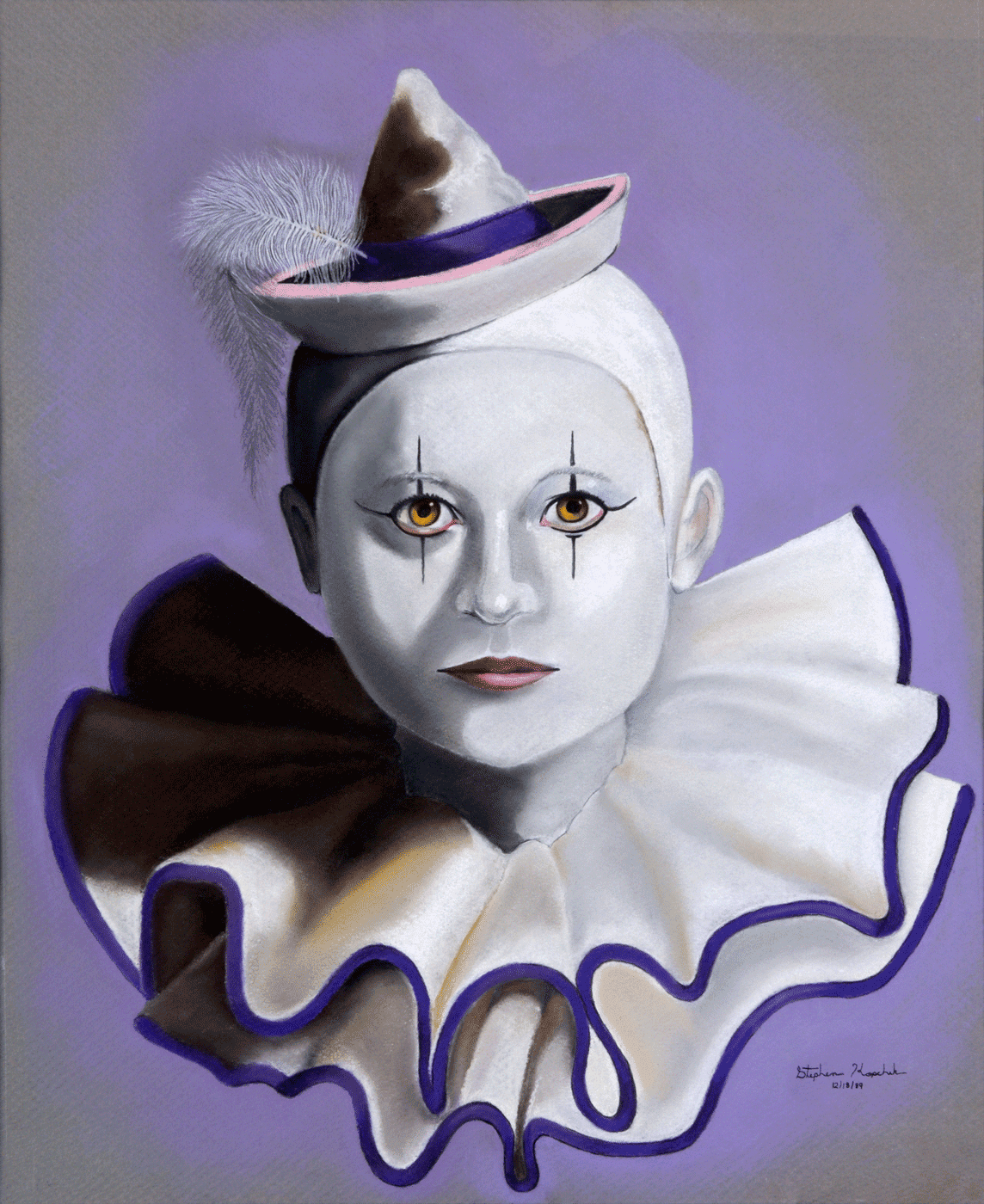 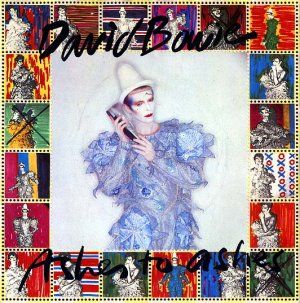 Also for some reason Pierrot Clowns were popular in the mid 1980's, this particular image was EVERYWHERE from duvet covers to stationary to lampsaheds and so much more 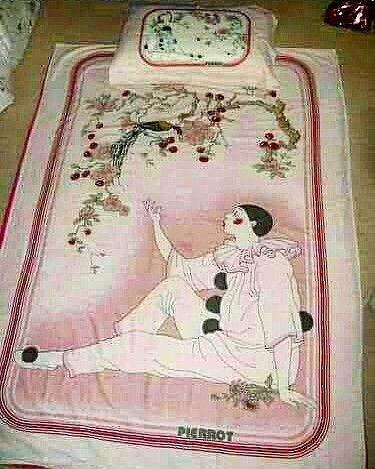 Say Say Say is one of my absolute favourites, DESPITE Paul McCartney being involved (just not a big fan). We visited the saloon that it was filmed at, and it was closed as it was a public holiday so we were just pottering around outside taking pics through the windows and spotting the bits used I the video, and the owner saw us and invited us in for a private tour!!!!!!!!!!! It was one of the best Michael-related things ever for me as I love the video beyond words, and stood where he’d stood in it

Might see if I can find some piccies, though they’re all fuzzy cos I was jumping around like a crazed maniac the whole time

edit - found a couple! So the room where they were shaving, and where he stood before being dragged through the saloon doors 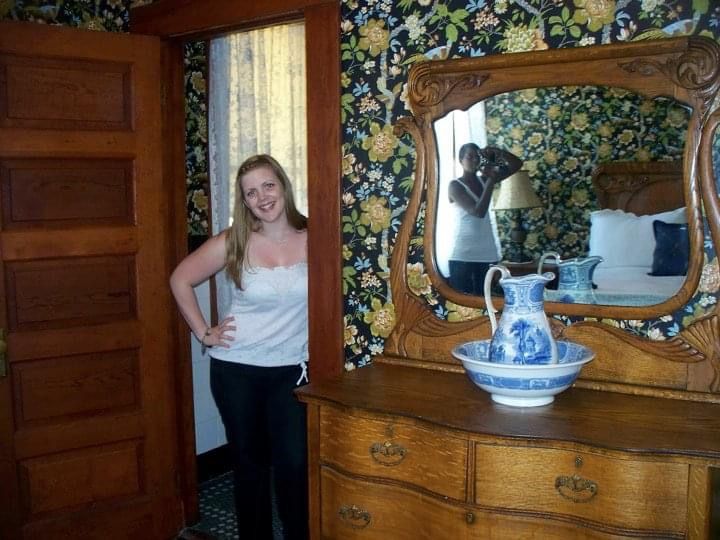 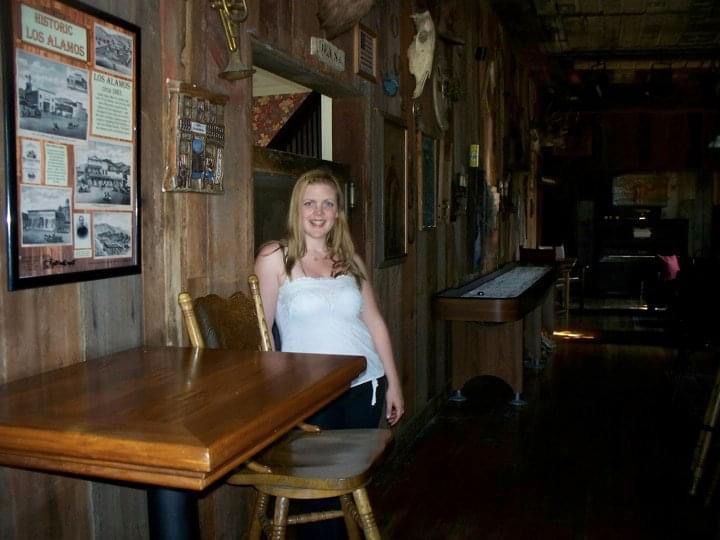 I'll try and find my photos later! I have one of me in the same room Michael and Macca shared, too!