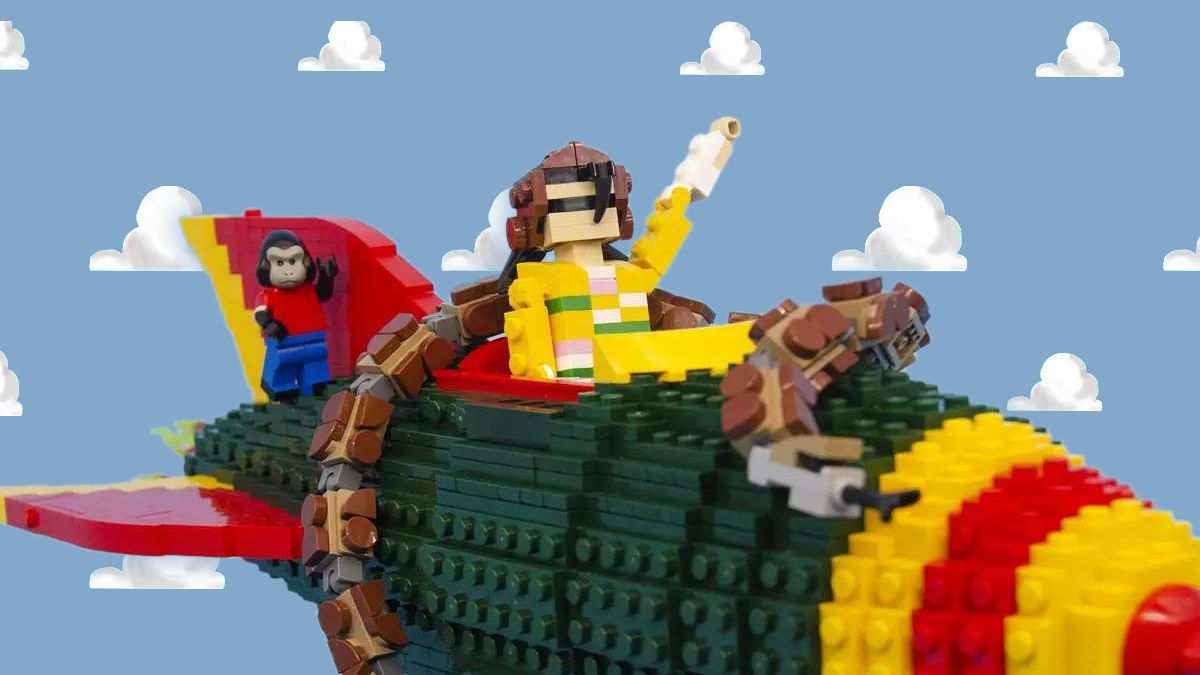 Doing the rounds lately is a wonderful Lego Artist named Randall. Inspired by his creativity and definitive love for MJ - We reached out and asked some questions!

How did you become part of the LEGO Masters show?
I was approached to be on LEGO Masters in late December 2020, and I didn't even know they were casting! They saw some of our work through Most Incredible Studio, the outlet I have for making hip-hop-inspired LEGO pieces. I'd always been curious about being on the show so I took this occurrence as a sign I should take the plunge - I went through auditions with my business partner, Syreeta, and we ended up making it through to the show!

My experience on the show was really fun. Both in my passions for LEGO and MJ, they started out being mostly solitary passions, where I would mostly keep my joys and discoveries to myself. Around 5 years ago, I finally got to share in my passion for Michael, and this show allowed me to start sharing my love for LEGO - I'd found more of my people! It was great to be able to learn from some of the best builders around the country and see their personal styles on how they build with LEGO. It was quite a rush and I'm forever grateful that I got the chance to compete on national television for something I've enjoyed since the age of 4.

You're quite evidently a fan of MJ - Tell us more!
I've been a fan of MJ since the 2001 MTV VMA's, when he popped behind that Etch-A-Sketch during N*SYNC's performance of "POP". Ever since then, it's been on - I went and bought the Special Edition albums that came out around that time, went back and snatched every single Michael item from my parents' collection, and of course, bought Invincible. Went from 0 to 100 real quick! I enjoy collecting vinyl and CD singles, books, pins, patches, and clothing inspired by his own style. For example, I found the exact same red varsity jacket that he wore when he went to Hong Kong in 1987 (the brand is called Van Jac, from Japan, and was gifted to him by a Van Jac store employee)! I also attend some MJ events, like Prince vs. MJ parties when I happen to be in New York, and the In The Studio with MJ sessions - I make it a point to go to the Los Angeles dates every year because he brings in a lot of his friends from his engineering days and they'll have the best stories.

Creative! Have there been any other creations inspired by MJ that you've made? Lego or anything else!

This Leave Me Alone piece was started around Memorial Day, a while after I returned from being on LEGO Masters. I remember watching the video and thinking how rich the visuals are in it, and thinking to myself "I wonder if I can build that rocket" to challenge myself after being in that mode from the show. It took me a while to figure out the scale and how to build the bones of the rocket to be able to sculpt it with accuracy, but once I did that, all I really needed was the pieces in the right colour to be able to knock it out. I originally had plans of adorning both sides of the piece with some references to the video, but I'll save that for another iteration once I go and finish some of my other creations. The Elephant Man's Bones are specifically a tease for the future development of the Leave Me Alone piece

I also started making the Smooth Criminal video set back in 2016 after attending one of the In the Studio with MJ sessions in LA that year, but I still haven't finished. I have managed to score an MJ minifig, which was something that held me back and made me think I'd have to make it myself. I'd say it's about 60% done, because I haven't populated it with minifigs, nor have I arranged the lighting to simulate the video.

You can find some in-progress shots on my Flickr page: LEGO Smooth Criminal WIP

What's your all-time favourite MJ Track?
My all-time favourite MJ track TODAY is going to be Another Part of Me. When I rediscovered MJ after that 2001 VMA appearance, I remember finding the Bad cassette tape and remembering a particular song from the Moonwalker video game that I always loved and for some reason, thought was the title track to the Bad album

I remember going through the first side of the tape, then flipping it over, and once the opening notes of that song came in, I jumped in and started dancing! It's the song that officially got me into the fandom and still sustains my spirit to this day. I'll give my #2 to Can't Let Her Get Away. I consider it the purest New Jack Swing track from Dangerous and one that doesn't get a lot of praise.

Where are you from? Who are you?
My name is Randall, I'm from Atlanta but I live in Chicago now, and I'm 35 years.

Wow. What a story. Thank you, Randall! Let's hope to see more fab things in the future.

Check out the shots -

Wow love the Smooth Criminal set! Really cool seeing such an iconic set in lego, the lit up juke box is a really nice added touch.