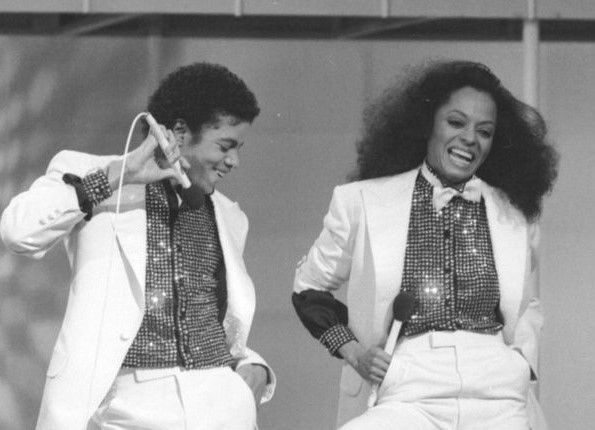 Throughout her career, Diana Ross has worked with some of music’s biggest legends and even shared the stage with them many times. She was good friends with Michael Jackson for decades, and both of them were highly respected artists.

In the 1970s and ’80s, Miss Ross performed in several broadcast concerts that aired on network television. One of them, simply titled Diana, first aired on CBS in March 1981.
“Miss Ross is the vibrant-throated beauteous singer who came to fame a score of years ago with the Supremes vocal trio, and time has only enhanced her appearance and charm,” The New York Times said of the legendary vocalist. “This is a flamboyant show-biz effort, directed by its producer, Steve Binder, and fulfills its function enthusiastically.”

Ross is joined by a few special guests during her performance, not the least of which was the King of Pop. Jackson came out and showed off his dance skills as he performed his own hits such as “Rock With You,” and Ross even took them back to their groundbreaking movie The Wiz with a rendition of “Home.”

Tracee Ellis Ross found the sequined top from the performance​

During a reprise duet performance of “Rock With You,” Ross and Jackson appear onstage in matching outfits: a white two-piece suit with a black sequined top underneath. That top became iconic in itself, and it eventually got handed down to her daughter, Tracee Ellis Ross.

In an interview with supermodel Naomi Campbell on her web series No Filter with Naomi, Ellis Ross revealed that her mom didn’t seem to recognize the value of that outfit — along with many others she’s worn over the past several decades.
“She doesn’t sometimes understand the importance of them. It’s hilarious,” Ellis Ross admitted to Campbell. “I was out in the garage at one point, and I came back in the house with this shirt and I was like, ‘Mom! What is [this]?! What?! Why isn’t this in a case? This could pay for college!'”


Tracee Ellis Ross still has the outfit at her house​

Ellis Ross tried to get her mother to understand the kind of history she has stored away, and eventually took the sequined top for herself. “It’s in my house now,” she chuckled.
Ellis Ross hasn’t worn the blouse in public much, likely because it’s such a delicate piece of clothing from so long ago. She hosted the American Music Awards in 2017 and wore it during one of her onstage moments, carrying on the legacy of her mother in the entertainment industry through one small blouse. 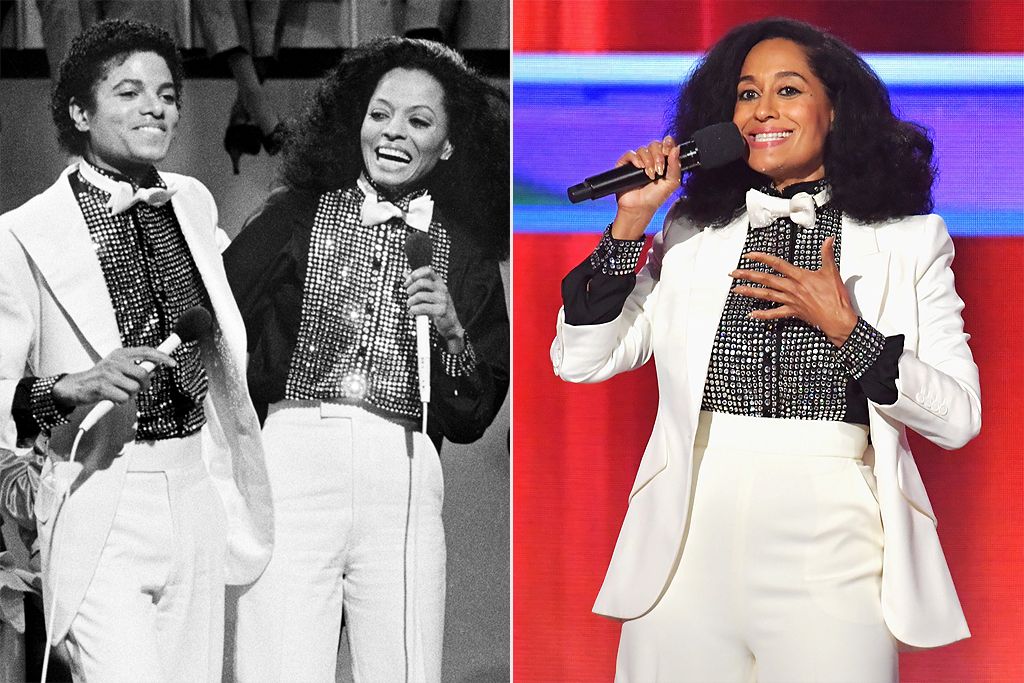 Thank you I haven't seen that live performance (same vid above) of Rock With You for years. What a great performance! You can begin to see a slight change in his dancing style from older work here, I guess he's becoming more confident now he's moved on in his career and it shows!