As he revels in the accolades for his Weird: The Al Yankovic Story biopic on Roku, parody king “Weird Al” Yankovic is sharing one of the biggest Easter eggs in his joke basket.

In the new film, the music video for Al’s Grammy-winning 1984 Michael Jackson parody “Eat It” is playing on a TV in the background (with Weird star Daniel Radcliffe’s face superimposed on his body), and according to the singer, the movie’s producers had to jump through some hoops to brush up the nearly four-decade-old footage. 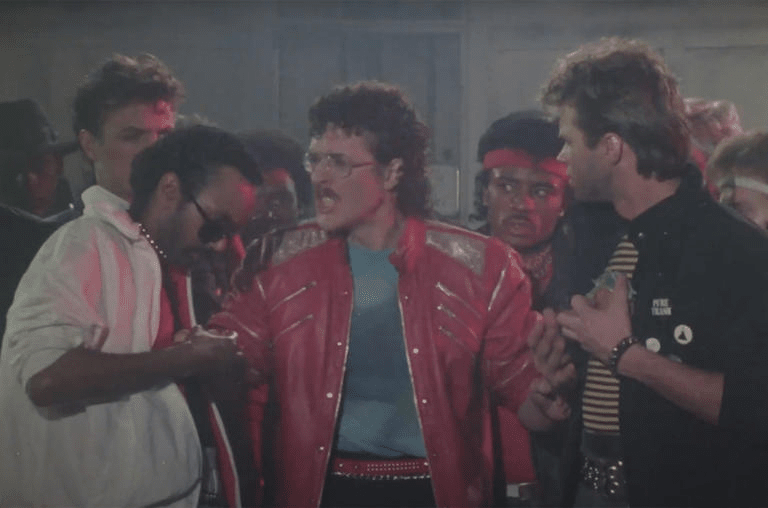 “‘Eat It’ was my breakthrough music video, but the online version always appeared to have been recorded with a potato,” Al told Billboard about the degraded quality of the deliciously silly food-focused visual. “Now, with this new 4K version, it’s literally never looked better.”
Click to expand...

During filming, producers asked Al’s team to find the best-quality version of the original “Eat It” clip, which led them on a deep-dive into the vaults, where they found the raw 16mm film footage from the 1983 shoot.

While they worried that handling the brittle original film stock — which had sat untouched in a storage unit for nearly 40 years — might result in it crumbling after so many years, it miraculously held up and ended up in the finished movie.

A new description of “Eat It” that accompanies the polished-up video explains: “In order to create that particular scene, the producers had to track down source material that was considerably better quality than the existing standard-definition version. So Yankovic went into his personal video vault and had all the original 16mm film that was shot for the video in 1983 lovingly transferred to 4K. Then, while traveling the country on his 2022 tour, he painstakingly re-edited the video on his laptop, matching the original video frame for frame. The resulting video is not without scratches and artifacts (even in a temperature-controlled storage unit, film will start to degrade after a few decades) but it is exponentially better quality than any version that has ever existed before.”