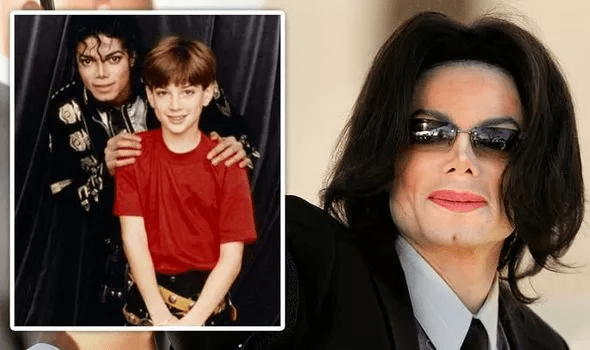 I'll spare you the trash, and get to the point -

But, since his passing, there have been additional claims of sexual abuse from choreographer Wade Robson and James Safechuck, whose allegations would form the basis of the documentary ‘Leaving Neverland’ in March 2019, drawing ardent criticism from fans and the Jackson Estate alike – who filed a lawsuit for £100million.

But now, a new book by investigative journalist Dylan Howard has claimed an advanced lie-detection algorithm has identified "inconsistencies" in the testimony of one of the alleged victims in the documentary.

The apparent twist in the case is revealed in an explosive new book, ‘Bad: An Unprecedented Investigation into the Michael Jackson Cover-Up’, which documents the rise and fall of the world’s biggest pop star.

In the text, the author claims he has results from what he describes as the "world’s most advanced digital behaviour analysis systems" to identify whether there are discrepancies in statements given by Mr Safechuck.

In 2019, Mr Howard says he had experts put the interviews Mr Safechuck had given through the system – which reportedly highlighted irregularities.

The test is called the ‘DecepTech Voice Stress Analysis Machine,' a computerised version of the Psychological Stress Evaluation used by over 50 law enforcement agencies in the US, although it is not permissible as evidence in court.

The words “lie detector” have become synonymous with any reference to voice stress analysis technology, due to the fact that it claims to detect deception in the human voice.

Mr Howard claims the system analysed a section of the documentary in which Mr Safechuck revealed that Jackson held a mock wedding ceremony with him and gave him jewellery in return for sexual favours.

Mr Howard says the analysis also indicates that Mr Safechuck may have “embellished” his testimony.

In the book, Mr Howard writes: “We have to remember that the machine does not prove Safechuck’s version of events, nor does it exonerate Michael.

“Like so much of the controversies surrounding the King of Pop, it leaves us to be the judge.”

The use of voice stress analysis (VSA) for the detection of deception is controversial, for the same reason polygraphs have historically come under fire from critics.

Discussions about the application of VSA have focused on whether this technology can indeed reliably detect stress, and, if so, whether deception can be inferred from this stress.

In the book, Mr Howard is careful to identify that none of the results are entirely conclusive and the analysis would not stand as evidence in a court of law.

Instead, he says, they add another layer of uncertainty to the claims that continue to dog the pop icon a decade after his death.

Source :
Please Log in or Register to view URLs that have been listed here. It's free and quick.
Join the discussion